You can’t educate a person – or even be an educated person – without having an answer to the question, “What is a human?” Understanding begins with definitions, and definitions point us to the telos of a thing, the purpose of a thing.

This episode is the first in a series of three that serves as a follow-up to episode 106: Stop Looking for Hacks (You Need a Philosophy).

In that episode, Mystie and I said that in order to build a rudimentary philosophy, a starter philosophy, a person needs to answer three main questions: what is a human, what is education, and what does a fully educated person look like?

Today we are going to deal with the question of what is a human.

In episode 106, we talked about how it can take a lifetime to answer these questions. There is no shame in starting small and having just a few simple answers and then adding as you read, think, and grow.

Today, we’re not going to give you the definitive answer to this question. Instead, each of us came with 2 observations to make as we work toward a definition.

The important thing is to start.

What is a person? What is a human?

Brandy Vencel
educates three of her four humans at home while her fourth has flown the coop to study at New College Franklin.

Abby Wahl
educates three of her five humans at home while two have moved on and while all pursue hard work on their family sheep ranch.

Mystie Winckler
educates three of her five humans at home while her oldest has joined the real world and her second pursues studies at New St. Andrews college.

A Gentleman in Moscow, Amor Towles

Mystie is listening to this novel for her 5×5 fiction category; she didn’t realize it wasn’t written by a Russian when she began, but it was evident partway through that it is American, not Russian. It’s an enjoyable story, though.

Abby is reading the latest from Ravi and friends on teaching science classically.

The Girl Who Owned a City, OT Nelson

Brandy rediscovered this childhood favorite after not being able to remember its title or find it for thirty-four years.

Humans are made in the image of God.

Because they are made in the image of God, humans have intrinsic value. As Augustine says we have a responsibility to love all people because they are in God’s image. We are actually loving God by loving his image in the people around us. Since the Fall people are no longer perfect, but we still have worth because we are still made in God’s image.

The things that are common to man across times and cultures are aspects of the image of God. God’s image is what makes people are creative and curious, it makes us different from animals, who were also made by God, but lack his image.

Humans are created; they are not accidents.

Because God created man, male and female, they have meaning and purpose found outside themselves. God’s intentional creation of us gives confidence that we are who we are supposed to be, not randomly designed or accidental.

Being created is what makes us creative, able to imagine and build, worship and work. Adam was given work before the Fall, and we are all tasked with creating and taking dominion. God leads us in this pattern of working and resting, he worked for six days creating all things and rested on the seventh day.

Humans are spiritual beings with bodies.

A Human being — I have laid before the reader, as a working hypothesis, –– that man is homogeneous, a spiritual being invested with a body.

Humans are fallen and now sinful by nature.

Rousseau was dreadfully wrong. Children are not blank slates, and sin doesn’t develop because of bad environments or a lack of opportunity. All of us are sinners from conception, being younger or uncivilized does not make people less sinful. Society is not the problem, people are the problem.

There is an Ideal Type for humans, and His name is Jesus. We will never attain perfection in this life. Our ideals are impossible to reach. But we are to imitate our Savior and increase in holiness in this life.

Humans are born with possibility, with capacity.

A person’s fate is not determined by heredity or environment or circumstances. Children are not finished, which means that their education actually matters. If there were no possibilities, how people are educated, what they’re exposed to wouldn’t matter.

Our instilling of good habits and the love of what is true, good, and beautiful is necessary because since the fall people have capacity for evil as well as good. And of course, we need to avoid being deterministic in that direction also Ultimately, how people turn out is in God’s hands, not our own.

Humans are finite and in need of teaching.

A person is a body and a soul. We are finite and we are eternal. Both body and soul need to be nourished and exercised to grow healthily. And recognizing that the people around us will live forever gives us a greater wonder which is easily lost in the day to day.

Again, Rousseau was wrong. The natural, uninstructed state is not the best state for humans. As Proverbs says, if left to themselves, children will be a shame to their mother, but the rod and reproof bring wisdom. Homeschool moms are often on the hunt for hacks to streamline and simplify the school day, but what if hacks are making us slaves? To make good decisions as we homeschool and appropriate curriculum picks, we don’t need to find the right guru or printable to tell us what to do. We need a philosophy…
Read More SS #106 – Stop Looking for Hacks (Get an Educational Philosophy) 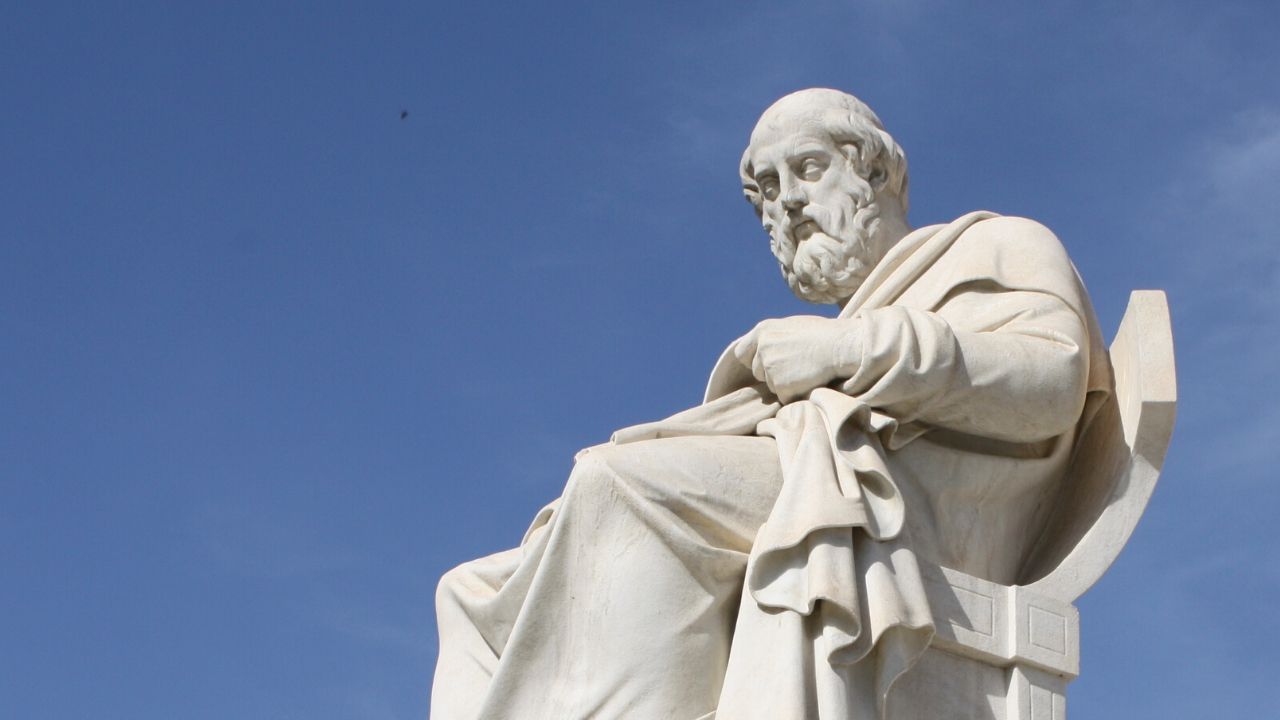 Any discussion of classical education ought to begin with Plato, the ultimate philosopher and the first thinker on education theory and philosophy that we have written material from his own hand. This guide to Plato’s theory of educational philosophy will not be merely theoretical, but practical for all educators, including homeschool moms. Plato’s education theory…
Read More Plato’s Education Philosophy Eric Hall is back on the show today. He received rave reviews when he appeared in Episode 29 called I’m Not the Holy Spirit. So many of you wanted to hear more from him, but let us introduce him in case you haven’t yet heard that episode. Eric Hall is an adjunct professor of English…
Read More SS #52: Philosophy for Mommies (with Eric Hall!) Mystie and Brandy are glad to have Karen Glass back on the show to help us kick off Season 8. Karen is the author of Consider This: Charlotte Mason and the Classical Tradition and Know and Tell: The Art of Narration and a member of the Advisory of AmblesideOnline. She has four children, mostly grown…
Read More SS #47: Rightly Dividing (with Karen Glass!!) Today, Mystie and I are daring you to be brave and read a classic, even if you don’t feel like you’re qualified. We tackle questions like why we feel intimidated by reading classic books, what are strategies for helping ourselves read them, and a whole lot more. In addition, our nitty gritty homeschool question is…